Working hours
The basic legal working week in Iceland is 40 hours over 5 days, but some professions have 37.5 - 39.5 hours per week, mainly office clerks and sales assistances. Overtime, however, is common in the labour market.

Most employees are paid for overtime, or alternatively allowed time off in lieu of monetary payment. Typical shift-work rates are an extra 33% on top of the daytime rate, and an extra 45% for weekend or public holiday work. This rate may be 80%, if the relevant pay agreement or a contract of employment does not include rates on shift-work or on overtime work.

A continuous rest period of 11 hours is typically guaranteed during each 24-hour period. In certain circumstances, the rest period may be shortened to 8 hours. 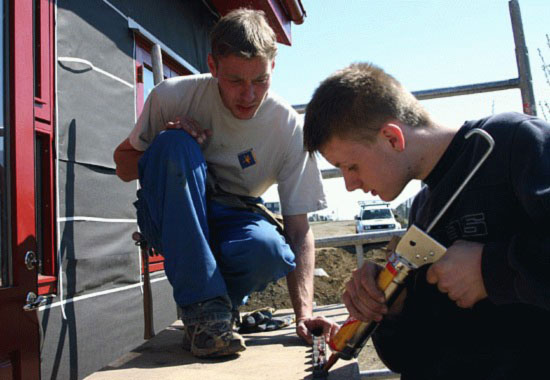 Working days
By international comparison, wages and wage cost in Iceland are very competitive relative to most Western countries. In manufacturing, they are less than half those in Germany, for example. Indirect wage cost is relatively low in Iceland at 35-40% (including vacation and sickness provisions, payroll taxes and contribution to a pension fund).

Iceland's highly competitive hourly wages, but high per capita income, are to a large extent explained by the high level of labour force participation and the widely accepted practice of working long hours.

Vacations
The minimum vacation period after working for one year is 24 working days. Public holidays are generally 11 days a year, and arrangements for overtime payments for them are specified in individual union agreements

Sickness pay
Employees are entitled to wages for a certain period during sickness or after an accident at work. The minimum rights during the first year of service with an employer are 2 days for each month of work.

Social Security
All employers are liable to payroll tax (social security fee) on paid wages and other remuneration. A single rate applies, which is 8.65% in 2010.

Health care
The health care system in Iceland is comparable to those of the other Nordic countries and is largely run by the state and local governments. All residents are covered by a public health insurance system, which provides free hospital care and other types of health care at a low cost to the patient.

Maternity leave
Parents have each an independent right to maternity/paternity leave of up to three months due to a birth, primary adoption or permanent foster care of a child.