Dont let the name deceive you. Although being named Iceland, it is not constantly sub zero temperatures in Iceland. Average temperature year round in Sauðárkrókur is undeniably low compared to Mediterranean countries or about 3,1°C (37,5°F) but as the average low temperature is only around -5°C in the coldest months of the year (january-february) it states that it does not get significantly cold here.

Being the next door neighbor to the North Atlantic Sea, the region is quite windy. In fact Sauðárkrókur is known for a stationary wind, a weather phenomenon that occurs during hot summer days. Windy but not stormy is the right way to describe the weather in the region, since harsh storms are rare happenings. Average wind in the town of Sauðárkrókur is 6,7 m/s with the head wind directions from North and South to Southwest. 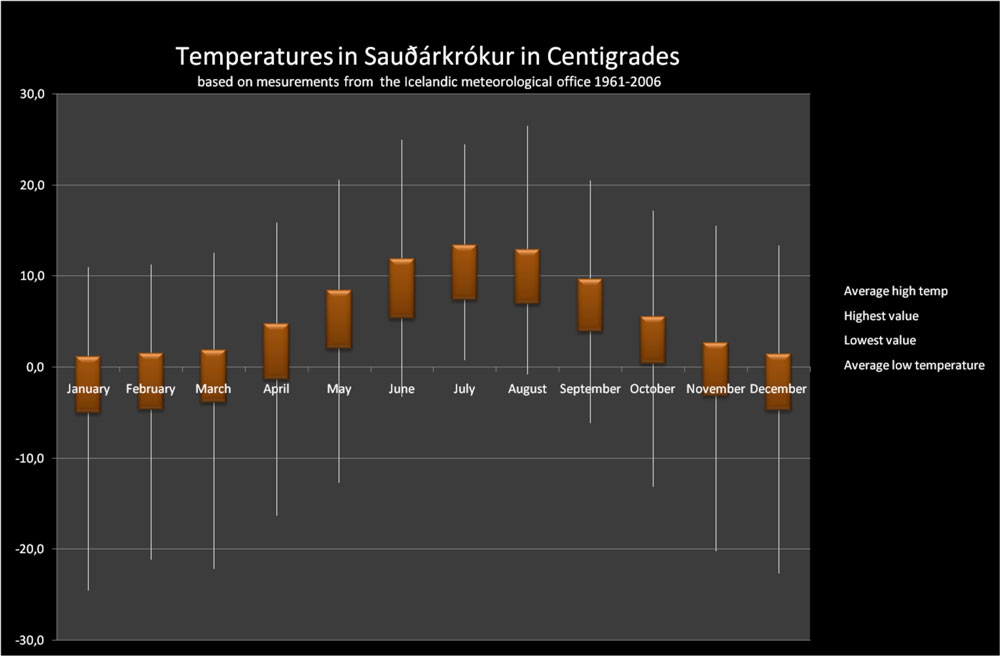 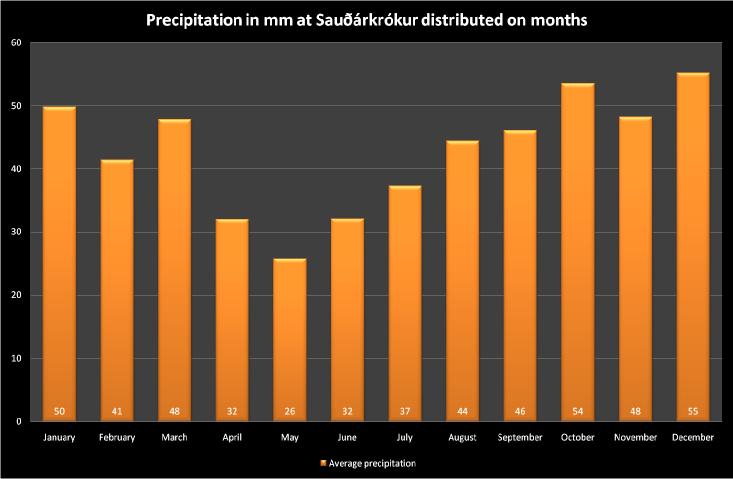